This is definitely a partial list. But here goes…

1.Late night talk shows – late night tv used to be simply funny without an agenda. You couldn’t tell what Johnny Carson’s politics were. He made fun of all presidents. But now Jimmy Kimmel, Stephen Colbert, and other hosts have obvious contempt for America.

2. the circus – The Ringling Bros. circus was shut down five years ago, after a nearly 150-year run. Its production company said financial worries were forcing it to pack up the show. The closure followed the circus’ phasing out its use of elephants — a move celebrated by animal rights activists.

3. Universities – When you attend an American university, you are taught to have contempt for America and its founders, to prefer socialism to capitalism, to divide human beings by race and ethnicity. You are taught to shut down those who differ with you, not to debate them. And you are taught to place feelings over reason.

4. boy scouts – Among all Scouting’s values, from the Left’s point of view the worst may be self-reliance. Socialists want us to remain children dependent on government. They do not want a citizenry filled with men and women who can take care of themselves. That is why, in the Left’s view, the Boy Scouts must be destroyed.

5. the NFL – it seems like every week the players are outfitted in a new color to celebrate one social cause or another. That’s not why I watch sports. And it’s why I no longer watch the NFL. 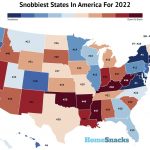 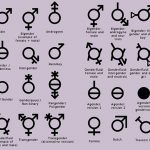 Next Article Where Did this Gender Ideology Crap Come From?

I recently heard conservative states referred to as Waffle House states. So this got me to thinking what the best […]

Yes liberals really are uglier than conservatives. You’ve probably noticed this yourself but didn’t make the connection between looks and […]